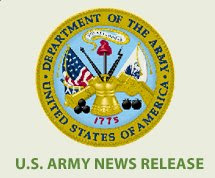 The U.S. Army recently established a Senior Energy Council to serve as a board of directors focusing on Army energy policy, programs and funding to leverage the Army's nationwide energy-conservation efforts. The secretary also announced five major energy projects as part of the council's initial work.

The council is co-chaired by the Assistant Secretary of the Army for Installations & Environment Keith Eastin and the Army Vice Chief of Staff Gen. Peter Chiarelli. It will report to the Secretary of the Army with a report card on the status of Army energy initiatives and plans and programs. In a related move, the Army also established an Army Energy & Partnership Office headed by Paul Bollinger, who will serve as the Senior Energy Executive for the Army with the responsibility of implementing its energy enterprise strategy.

Sohbet Karbuz>> Wasn’t Bollinger with the US Air Force?

Secretary of the Army Pete Geren: "We spend over $3 billion every year on energy and the majority of it is spent on our installations. We can significantly reduce our energy consumption by partnering within government and with the private sector to capitalize on the great strides in proven technology that have been developed and implemented across the country."

"The Army plans to increase efficiency and serve as a model for the military and the nation when it comes to the operation of our housing, buildings, and forward operating bases. By making greater use of alternative and renewable energy, Army initiatives will bring energy savings and security to the Army, reducing the risk of power disruption," Eastin said.

To renew this focus on energy security, conservation and installation-level innovations, the Army announced several pilot projects, including:

-- The Army will partner with the private sector to construct a 500 megawatt solar thermal plant at Fort Irwin, Calif, in the Mojave Desert, that will provide renewable power on the grid and provide the sprawling Army post with added energy security against disruption of power supply.

-- The Army is pursuing the purchase of 4,000 small Neighborhood Electric Vehicles to replace gasoline-powered vehicles traditionally used by maintenance and operations staff for use on its posts.-

- Six Army posts have been selected as sites for biomass to fuel demonstrations through a contract with the DLA. Also the Army is working with the private sector and with the Navy to develop a major geo thermal project at Hawthorne Army Depot, Nev., with the capability of producing 30 megawatts of clean power.

-- The Army will enter into a pilot energy savings performance contract with the private sector on an installation to serve as a model for monitoring and reducing energy consumption. The savings will be shared by the Army and the civilian contractor.

By the way, if you are interested at the end of this post read a job vacancy at the Senior Energy Council.

Army, like all the other DoD Services make efforts to reduce its energy use.

The importance of energy conservation and efficiencies within the Army has escalated. The shortage, dependency on and high costs of petroleum-based products together with other market conditions could adversely impact our nation’s security. Technological and resource challenges are among several issues we face in implementing the Army Energy Strategy for Installations and Campaign Plan. The Army’s newly formed Senior Energy Council will direct the enterprise energy transformation initiatives that will address how the Army intends to deal with these challenges. The U.S. Army Corps of Engineers has always supported Army energy reduction goals and is poised to support new initiatives in accordance with SEC guidance.

In February, the Defense Science Board published More Fight – Less Fuel, a report that is critical of the Department of Defense’s management of its energy supply and consumption activities with regard to national security. In March, the Government Accountability Office published a similar report. In response to these reports, Secretary of the Army Pete Geren issued a memorandum Apr. 15 calling for the creation of the Army Energy Security Task Force with the objective of developing recommendations to address the following Army Enterprise Energy Strategic Goals:

Read the complete issue of Public Works Digest. It is a special issue on Energy and Water. When I add the number of $$$$s spent on a variety of projects I really wonder whether they are really worth it. It seems that they are, at least to DoD officials. Why they think so? Because of the metric they use to measure energy saving, which I will elaborate sometime later. I am still collecting data on this issue.

BUT what bothers me is that DoD has too many Task Forces, Senior Groups, Councils, under secretaries, agencies, centers, and you name it….initiatives on energy

At the same time

DoD has too many energy chiefs, and not enough Indians

Execution
The G4 Alternative Energy analyst will conduct research and provide analysis that presents G4 senior leadership with courses of action that describe the impact on Logistics programs and policies for various Alternative Energy scenarios. The G4 is a member of the Senior Energy Council (3-star level), recently established by Sec Army Geren, and the Energy Deputy Assistant Working Group (2-star level). These entities are responsible for developing long-term strategic plans and investment strategies to deliver improved energy security to the Army. The analyst will help coordinate project development in an energy-constrained environment, which willrequire innovative partnerships and contracting mechanisms to secure the Army’s mission at least cost and greatest return.

Requirements Position Requirements
□This position requires an individual with 15+ years of experience in Army Logistics at various levels.
□Must be able to work within a team environment, as well as independently
□Must be able to communicate effectively with team members and government personnel
□Strong work ethic and ability to multi-task/manage multiple priorities.

Requires a SECRET DoD security clearance, applicants selected will be subject to a government security investigation and must meet eligibility requirements for access to classified information.